Writing About What Matters Most

I'm not sure where to begin. I haven't written anything new lately, but I intend to. This virus has opened up a whole new window of understanding of where our world is now headed. Good? Bad? I see that people are having opinions across the board every which way. I don't understand what happened to our first amendment right to speech. Forums should be open to civil discussions. The mainstream media is playing bias games. It's sad that we are all going through this. Lost friendships along the way, I think is the hardest in all this, but at least when you stand your ground on your principles that will happen. Not everyone sees the same things, some are blinded to only their truth. This blog will not be about political issues when it comes to writing. I have so many other stories I want to tell that have nothing to do with politics. I am, however, setting up several other blogs for political writing as I see it. Freedom of speech is still a right, the Constitution is still the law of the land as well as our Bill of Rights. Don't submit to the hate, love your neighbor as yourself, look up, and keep the faith.
Posted by Carol Eliassen at 1:00 PM No comments:

Posted by Carol Eliassen at 2:02 PM No comments:

Posted by Carol Eliassen at 7:18 PM No comments:

My book is now available on Kindle.  Click the following link for more information!

The Birth of Mazzy the Mermaid Princess
Posted by Carol Eliassen at 5:09 PM No comments: 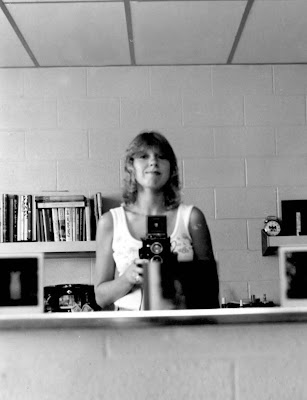 
This is a fictional story based on true events written for an assignment in my writing class.

The ship was headed out to sea.  The coast line of California was barely visible as it headed at full speed toward the Hawaiian Islands.  Pearl Harbor had just been bombed only days before on December 7, 1941 by the Japanese Imperial Army and the USS. McCoy was being deployed to help with the search and rescue mission. The crew was still in shock and hardly anyone spoke on board as they headed out to help their fellow sailors.

“Hey, Rick do you have a cigarette?”  Charlie asked.

“Yea, here you go.  What do you think we will find there?”

“Beats me, but it won’t be good.  I can’t understand why we didn’t know.  How could this happen to us?  You know I had orders to transfer to the U.S.S. Arizona two weeks ago but they postponed them until they could replace me.  Lucky me. It could have been me.  I just don’t know why it wasn’t.”

“Charlie, sometimes things are meant to happen for a reason, Rick said.  I know.  I once missed a flight out of New York, headed for Alabama and it crashed.  It wasn’t meant to be.  This is what was meant to be, you and me going to Hawaii and cleaning it up.  Next stop Japan.  Next stop Germany.  It won’t end.  We will keep cleaning up the mess. “How long have you been in?”

“Too long.  I was going to be discharged in August but re-enlisted since I was promised an assignment in Hawaii.  What a joke now.  I guess I am now officially assigned there but not like I thought I would be.”

”Well, to make you feel good, I was scheduled to be discharged yesterday!  Thank you Japan! Now my lucky ass is good for at least another year, two or however long it takes.  Help us all if we enter the war with Germany. I might never leave. ”

Rick looked up at the blue sky and was silent for about five minutes as both men contemplated the weight that was now on their shoulders.  The only sound they could hear were the waves as they beat against the ship.  War was inevitable and a world war at that.  Rick looked back down and turned to Charlie.  “Remember your fate will happen no matter what.  Lucky one day, maybe not the next.  You just have to keep moving.  Here have a few more cigarettes for tonight.  I’ll see you tomorrow.”

Charlie thanked Rick for the cigarettes as he put them in his pocket.  “Yea, see you tomorrow and thanks for the smokes.”  As Rick left the deck, Charlie turned to look for the shoreline but it was gone.  Gone he thought.  Now there is nothing but the ocean and our ship.  What if we are attacked?  As he thought about being attacked, Rick’s voice echoed in his head, “Remember your fate will happen no matter what. Lucky one day, maybe not the next.  You just have to keep moving.”


The glass plate with curved edges surrounds the red glowing candle like a castle moat waiting to capture any prey that ventures toward it.  The small, odd shaped, some would call lopsided candle is positioned in the center of  the plate burning quietly as though it is a treasure that needs to be protected.  The wick slightly curved to one side gives the flame a tilt to the right edge where it is slowly melting the side and dripping wet, hot wax down toward the gallant moat.  The flame appears to be blue at the base and gradually changes to a translucent grey before shooting out a glowing somewhat illuminating yellow flame.  The obscure privacy glass window behind it reflects the candle in a mosaic pattern and gives the window flame reflection a distinct yellow and fiery red glow as though it says I want to be different.

This was written for another writing class assignment on observing something and writing about it.

Posted by Carol Eliassen at 6:42 PM No comments: