You can also find me on Vocal.media 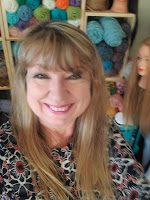 Check out my new account page for ongoing short stories at vocal.media. The link for my account is: https://vocal.media/authors/carol-eliassen

You can also find some great stories by other writers in many different genres! I will still be posting to this page as well.

If you are an inspiring author, you might want to give it a try. They have a free account as well as a paid account. The paid account gives you more opportunities, such as entering challenges/contests. It really can inspire you to be creative.

Posted by Carol Eliassen at 1:26 PM No comments:

Mila ran to the pond facing her house and started to dig in the mud. It was wet, gooey, and had algae growing throughout the watery muck. Yet with her bare hands, no gloves on, she managed to dig a hole about 3 feet down and less than 1 foot across. It had to be here. She was sure of it.

Today was September 13, 2027, and the year before, 2026, had been brutal. It was more difficult than she ever remembered in her life. She compared it to her mother's stories of the 2020 covid 19 pandemic, but this was no comparison. Shortly after the pandemic in 2023, the New World Order had taken over every country. World War III was raging within three years. The aftermath had left everything in shambles, her life, her family, friends, pets, mostly all gone. She stayed in her bed for about six months crying on and off.

Her beautiful mother perished near the pond at their house that now laid in waste and muck. She was there one minute, then gone the next. Mila saw her disappear in the light and her clothes were left piled where she had once stood. Mila screamed for what seemed like an eternity, but there was no one around to hear or comfort her. She was all alone. All of her family members were gone. It was so surreal that everything happened in less than a blink of an eye.

Months went by, and she finally came out of her shell. She was lucky her family were survivalists who had prepared for that fateful day, not knowing it would be their last. Mila was grateful for the way her family planned out their lives. They took care of every detail from natural medicines, growing and canning their food to preparing for the worst-case scenario. Sadly, they didn't get to reap what they had sown. She began to believe after her months of crying that she was the lucky one. She had no idea, but she would find out soon enough.

No one in over ten months had stopped by her farm nestled in the foothills of the Cascade Mountains close to Granite Falls, which is north of the metro area of Seattle. Mila and her family moved to this small 10-acre farm in 2021 after the 2020 pandemic. They wanted to become self-sufficient and not be controlled by the government. It worked. They labored, planned, and mainly stayed away from people. It was easy to do after the pandemic because of the government rules. Her family, however, did attend a nearby Church every Sunday. She would go occasionally, but it just wasn't her thing. Strange that no one from there had checked up on her in all this time.

Since she didn't tend to the crops in the short growing season, the fields were now bare. Fall was here, and winter would be soon. She barely had enough food to make it another three months. Desperation was setting in, and her home was in shambles. She needed to have hope, even though right then there was none. Maybe, finding what was lost would give her that.

Today she felt she had come to her senses and knew she needed to start planning her survival. First, she needed to find her mother's heart-shaped locket. It haunted her in her dreams as if calling for her to search. Mila had collected all her mother's clothing left on the ground, but she didn't see the locket. Her mother never took it off. It was a big part of who she was, and Mila was determined to find it now that she had come to her senses.

She reached down into the mud one last time with a spider running up her arm as she was pushing down. She wasn't scared of any itsy bitsy spider. Her heart leaped when she felt something like a thin chain, so she proceeded to pull it up to the top to get a closer look. It wouldn't budge, so she dug further down and scooped as much of it up in her hand as possible, and brought it to the surface. It was her mother's locket! She was so delighted that she couldn't control her happiness, so she began to sob. It was like holding her mother again.

She wasn't sure what was inside the heart-shaped locket. She thought it must be a picture of her mother and father. What else could it be? She took it to her water pump by the barn and pumped cool water over it. She cleaned and dried it with the bandana she carried around for her ever-flowing tears, then slowly opened it.

She was shocked there were no pictures but a bible passage that said, "Then we which are alive and remain shall be caught up together with them in the clouds, to meet the Lord in the air: and so shall we ever be with the Lord."

She now knew her fate.

Posted by Carol Eliassen at 9:12 AM No comments:

Envision Your Creation with the Right Tools!

Who doesn’t love to create? We are born into a world with so many infinite things to do. Take, for example, my favorite hobby, which is looming. The yarn I use is first made synthetically or naturally with the wool of an animal. It is then spun into yarn by hand or by a machine. I then buy the yarn sold at a hobby shop or from a local spinner. What seems like magic turns a string into either a beanie cap or an enormously warm scarf. A very simple strand of yarn becomes clothing. It always amazes me how I helped it morph into something useful.

What tools I use are just as necessary as the yarn I loom. I have my favorite loom, hook, needle, and last but never least, my scissors. When I need to cut the string, there is no other way to do it than to have the best scissors to use. Why, you might ask? The yarn is not easy to break at all, and it needs a clean, crisp cut to make sure I can thread my needle easily for my finishing work. Where I use the scissors a lot on one piece is when I am making a fringed scarf. The size and cuts need to be the same to complement each side of the scarf.

How I work all the tools together to get a complete piece never ceases to amaze me. When I buy tools, I envision not the device itself as it appears on the shelf but a work of art that will soon be in the making. Your tools play a significant role in your art. Next time you visit a store to buy that pair of scissors, loom, or whatever you need to create from your passion, envision it right then and there. It may not be magical, but it sure feels like it. Take your creative power and turn that small string into something extraordinary. Trust me, it will be worth it.

Since I love making beanie caps and scarves, I end up with so many on hand. I love to give them to my family, friends, neighbors, and even total strangers! When it is cold outside, it seems to brighten up their day and keeps them happy and warm. I have even ventured into taking my hobby and turning it into a business by selling them online. Your passion can take you to places you never thought you would go. When you love to do something, it is never a business, even though it might take you down that road. Your passion is what keeps you motivated and energized. Your tools are what does the work when you have the right tools to use. You get to enjoy the fun and the satisfaction of having created your ware, whatever that may be. Mine happens to be looming.

I recommend finding a hobby you are passionate about and using the right tools to make it happen. Don’t create more work for yourself by denying your chosen hobby the tools needed to do things the right way. The right tools for the job can mean the difference between an unattractive beanie cap versus a well-made one or a wonderfully made scarf versus one with uneven and fuzzy ends on the fringe. It does make a difference. I would choose the well-made one and so would your family, friends, neighbors and even those total strangers!

To conclude, love what you do and make sure you have the tools needed to do it. If not, go to your local hobby store and look at the display of what you need to complete your dream and envision your creation. It just might change your life. It certainly did mine.

Posted by Carol Eliassen at 9:06 AM No comments: