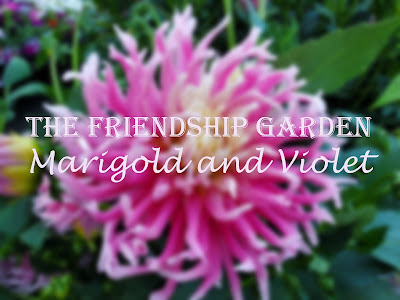 The twilight was illuminating in the distance while I faced west toward the water. It had a subtle glow with red streaks across the sky that slowly moved down into the horizon. I balanced myself on the large rock that stood in the center of a small pool of water. The tiny canals that circled the rock were dug earlier in the day by a group of kids. It was a beautiful night, one to remember.

Today was also the first anniversary of my best friend passing from this life to the next. I was here at the beach remembering her life and our life as best friends forever (BFF). We were two inseparable twins from different parents who thought we would both grow old together while celebrating all the marriage milestones to our future spouses, children, birthday parties, and everything in between. I was here to celebrate her and toast to her memory.

I sat down on the rock, reached into my shoulder bag, and pulled out a large bottle of red wine. It was her favorite. We would come to this beach a lot while growing up and when we were finally able to drink, we would buy the wine and sit on this ancient rock and talk about our plans in life. We both knew what we wanted and pledged not to do anything without each other in our life. We were sisters, not by blood, but by bond.

I raised my glass after pouring a full one and toasted out loud to Marigold Nevaeh Martin! People, even her parents, called her Mari except for me. I always said she was the flower in my life, and I called her by her given name, Marigold. We often joked that the flower smelled terrible, but the bloom was beautiful like her. She had flaming red hair, so it was a perfect name. My name, on the other hand, was not as unique. It was Caren. Always mispronounced and spelled with a k instead of a c, so Marigold renamed me. I became a flower and our friendship a garden. I was no longer called Caren by her, but instead, she renamed me, Violet.

As I sat on the rock and drank my first of several glasses of wine, my mind flooded with memories. We lived down the street from each other, only a few blocks from the beach in Seattle, Washington. We went to daycare as infants together, then all through school until we graduated from the same University. It was bizarre to some but natural for us. We even majored in the same field of criminal justice. The only difference is she became a police officer, and I became a corporate paralegal.

Marigold's middle name was Neveah, which is heaven spelled backward. It fit her perfectly, and it was symbolic of another difference we didn't share. As I sat on the rock and shared my thoughts with her, I knew where she was. You see, she believed in something more than what we see in this life, yet I didn't. Well…I didn't until that awful night.

Marigold had been on patrol one dark moonless night and spotted a stranded motorist on the freeway. She had made sure to secure the area with flares and her patrol car lights, but even with that, it didn't stop the speeding car from barreling toward them. In a flash of just mere seconds, she pushed a young mother who was the car's driver into a ditch and took the hit head-on. Marigold was gone instantly. She didn't suffer at all. I always knew she would practice what she preached, "There is no greater love than to lay down one's life for one's friends." At work and in her personal life, she was everyone's friend. She always treated people she arrested with respect. She disapproved of their crimes, but she wasn't there to be their judge and jury.

So I lifted high the last glass of red wine with my arm outstretched toward the horizon and toasted my BFF while the light of the moon silhouetted me. I know now that I will see her again, and that is what consoles me. That is what I know to be true.

Matthew 5:9 "Blessed are the peacemakers: for they shall be called the children of God."

Posted by Carol Eliassen at 4:16 PM No comments:

I have several new stories posted on vocal.media. The new one is called "The Voice from the Deep!"  Check it out here! If you like it give it some LOVE with a "💗." Thanks and I look forward to writing more as time permits.

Posted by Carol Eliassen at 6:20 PM No comments:

Check out my new short story George's Bakery - Chocolate Death Cake! I'm having fun with the challenges offered at this site. I'm doing the writing just for fun but this site is full of wonderful stories from so many other writers. You should check it out for reading material or posting your own stories.

Posted by Carol Eliassen at 12:32 PM No comments: